Stuck in the mud - week five of making a video game

augustus 11, 2017
This week's been a bit of a cooler. After picking up development where I left it before going on a vacation* with the missus, I felt I had lost the cadence I had been in before. And then we went and bought two new baby chicks, to add to our roster of three hens.

Now, chicks can be a handful if you don't know what you're doing. They make a lot of noise (they've been in the house most of the time, the outside has been too cold), need a lot of attention (you need to teach them they need to eat and drink) and don't always last. One of our chicks ended up in the little drinking dish we had set for them and was hypothermic by the time we found it. Like Lazarus, it was brought back from the dead seemingly, thus we found its name, Lazzy. But sadly, a day later, it still died. Its sister Judy Tori is still left, and even though she's now alone, luckily the heat lamp we were able to borrow from friends has taken some of the need for attention away.

Still, the extra upkeep and raising the dead took, in total, a full day away from development. Not off to a great start of the second half of this stint.

But there's good news too. Having that week off gave me some time to try and put things in perspective, thinking about what things I could do differently to try and make sure I finish the game (bug fixing excluded) by the end of August. I think the design of the game is finally finished, so "all" I have left to do is finish building it. :-)

And I did get some things implemented this week, nonetheless. I finished the attack animation for the cat and implemented the logic behind this first enemy (for our bird friends). I implemented saving across sessions, at least in a rudimentary form (since most of the game data is still missing). And last but not least, I finally got to working on a solution to make the game playable on different screen sizes and aspect ratios. Earlier versions were hard coded (a pox on me!) on 1920*1080. In retrospect, I probably should have implemented adaptable screen sizes much earlier.

It took a lot of reading up, looking for puzzle pieces, but the game should be playable by the end of this weekend on most devices.** When it's finished, and it works, I feel like perhaps I should write some of that down and share it. If I ever find the time to do so, that is.

I also made the comic (new readers might not know I also make those over at Comedy Reflux) that's going to be posted on September 4, when I have to get back to my "real" job. I hope a nearly finished game will make that day less dark and foreboding. 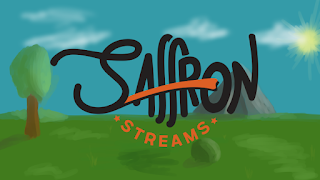 Right, I almost forgot. We have a Facebook Page to go along with our Twitter Account. Two good resources if you want to stay up to date with our progress.


* To the southern regions of our small country, quaint Thuin and quiet Nismes.
** For the general approach, this reference was a great help: https://v-play.net/doc/vplay-different-screen-sizes/