What? BEACON is evolving... 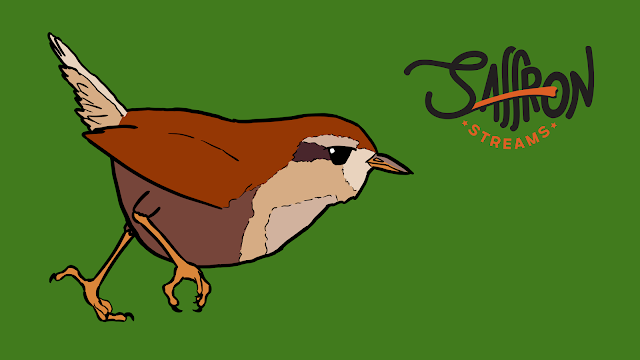 Hi, there! It's been a while, hasn't it? Six months? Yeah, Brood's been out for a while now. What have I been up to? Why, working on a new game of course!


I started the whole "trying to make games for a living" thing over a year ago. If you remember, in the beginning, it was primarily about wanting to do "something else" after I got seriously fed up with the "temporary" job I had been doing for five years by then.*

But as I was actually making games, it became so much more. After years, my life finally started to make sense again.

Despite still not having made any money by this point**, I feel like my time has been well spent. I've been blessed with intrinsic rewards like job satisfaction, the feeling I am - in my own way -communicating with an audience, and the experience of progress and achievement. I'm learning things! About the field, new skills and, of course, myself.

So yeah, after finishing Brood, for sure I wanted to continue doing this. Despite the good reviews on Play - thank you, friends - I know the real rating should probably be around a 3-3.5. I'm still proud of the animation in the Brood and the general design. And the core gameplay is pretty tight for a two-finger, first-time, mobile game. The game's just... too repetitive, and either too hard or too easy, depending on player skill/affinity.

So I started working on a new game but tried to incorporate some of those insights into this second project. Yes, Beacon will be a wholly new experience.

For starters, it won't be an action game like Brood, but a puzzle game. It's no longer about birds and their survival. Instead, players will be presented with a bleak narrative exploring a dystopian future possibility.

But perhaps I should stop talking about "project Beacon", and reveal the final name of the game***:

Another deviation from Brood's design is the monetization model. Plot will not be ad-supported free-to-play. Instead, it will offer you a set of levels for free, like an old-school demo. If you like what you see and want more, you'll have to unlock the levels by buying them. A one-time purchase will unlock all levels.**** This is the ancient way of doing things, and that has some notable advantages. As a player, you don't get bothered by advertising. As a creator, I get some revenue for everyone who plays the game to completion. The notable disadvantage is that fewer people might try it out. For Plot, more even than for Brood, if you like what you see, please let your friends know. It would be very appreciated. Indies need all the help they can get. :-)

The price for the level-unlock hasn't been set yet, it will depend on how much levels end up in the game by release. But, as per usual for a mobile game, it will be a couple of dollars/euros.

So how far am I along? Well, there's been six months of development***** and so far the feedback has been promising. The puzzle element seems to easier to engage with, as it doesn't depend on reaction time. My mother even played some levels with much enjoyment, while Brood only made her nervous. The development process has been different than with Brood too. There was a lot more emergent design. I have made a toolset with certain elements, and combining them can reveal interesting ideas.


The game has been tested by a few people a few times over the last few weeks, and tomorrow we'll enter a new phase as I open alpha testing. There's currently one eager and much-appreciated tester lined up. Robin came in as a tester at the end of the Brood development cycle and in a few short weeks gave a lot of helpful feedback, so it seemed only logical that he'd be the first to bring back in. In the coming weeks, others might be added. If you're reading this, we know each other in the offline world, and you're interested in testing, let me know. No promises though, as I'm keen on keeping things a bit more contained this time around.

"Alpha testing, all well and good," I hear you say, "but when will the game be out? When can I play?" Well, that's a good question and I'm glad your interest is piqued, but I'm afraid I can't give you a set date yet. I'm still just a one-man team, so even if everything was planned out, there are just too many variables and unknowns that can screw up that timeline. I'm hoping to make a 2018 release, but I won't be able to tell with any certainty for a few weeks still. So I would still start slow if you were planning on getting the hype going.


Footnotes
------------
* It's now six and a half, but I've switched to working half-time, spending the other on the new game and my webcomics over at Comedy Reflux. I know there's a lot of people worse off, so I thank my lucky stars and my gem of a wife that I'm able to do even this.
** The ad revenue for Brood at this point totals at €1.19, with a €70 minimum withdrawal.
*** Sub-titles might still be added. *wink*
**** These are the base game levels. If the game does well, extra levels might be added after the initial release with their own price tag. If this happens, however, the idea is to offer enough new levels that combined they feel like an expansion, like you're getting your money's worth.
***** That's a bit less than half-time (since making those comics linked above take time too), so I've now roughly spent the same amount of time on the game as I had on Brood last year after my two-month full-time stretch.